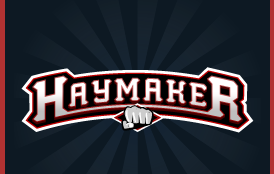 DraftKings is going big for UFC 192, and I love it. MMA on DraftKings is a seriously good time if you happen to order the fight, or if you decide to watch it at your local pub. It’s almost like watching your fantasy QB go up against your own Defense. You want your QB to throw touchdowns, but would love the RB to fumble for a defensive scope-and-score. Here, lets say you decided to take Evans. Of course a first-round knockout would be clutch for any DraftKings card, but a couple of takedowns, and fiver minutes of significant strikes wouldn’t hurt anyone. With this fight card, it’s almost impossible for the avid UFC not to watch and possibly pick a DraftKings card. Other than the recent drop-out of Hendricks due to an emergency room visit, this card is still one of the best of the year.

Here’s how it all works when you break it soon by points;

Other Scoring Notes:
Significant Strikes are any Distance Strike or Clinch/Ground Strikes that are considered “Power Strikes” by official scorers.
Advances include:
To Half Guard
To Side Control
To Mount
To Back Control

Also, please note that all fighters lock at the beginning of the first fight. **

When you’re looking at the top of the card, and after giving my prediction on a recent post, let’s quickly talk about the main event, Cormier vs. Gustafssson. Cormier is the most expensive fighter in the entire pool. It makes sense because I believe he is going to score some serious points. Now I doing think he’ll get the 100 first round stoppage points, but I do believe he’ll get the 70 points for the second round stoppage combined with takedown, and SS points. I can easily see Cormier walking away from this fight with 110+ plus points. But like I stated earlier, Cormier isn’t a cheap get. If you think Gustafsson is going to shock the world, you can pick him up for 8,400 (Cormier is 11,000) and make room for all of the other favorites. So, if I were to pick a line-up, here’s one I like;